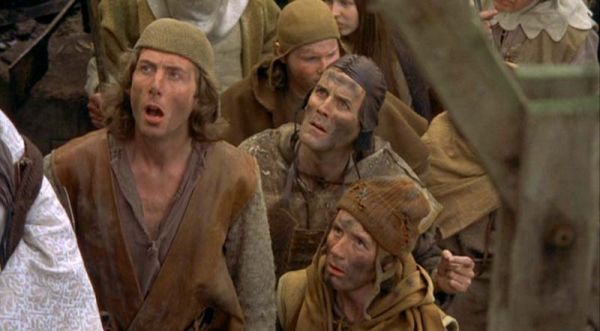 Knight: "You might not want to do that...setting witches on fire makes them invincible!"

Knight: "I see.  But did they fix anything else?  What about the stupid AI that fails to shoot Jockeys and Chargers while attempting to revive a fallen comrade?  And the stupid glitch where the damn game wouldn't launch?"

Another Man in Crowd: "It got better."