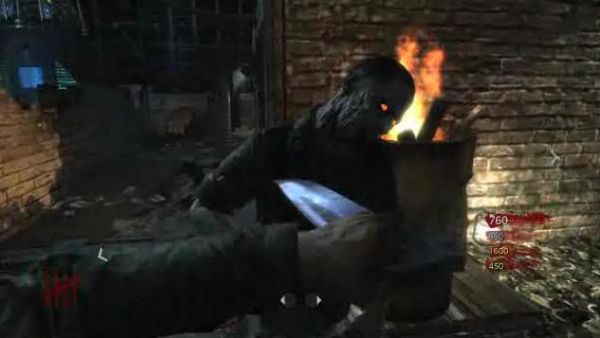 According to the trailer that Treyarch just debuted for the Call of Duty: World at War Nazi Zombie co-op mode, some nifty weapons are hiding at Der Riese, weapons which will help you do just that: dispatch zombies. Shown above is the new Bowie knife, a one-hit-kill melee weapon that can be unlocked in the map.

Also included in the trailer are the now-familiar perk vending machines, and a new teleportation system that will do worlds of good to help you out in a pinch. Say what you will about generic shooter games: you'll just be changing the subject. We can't get enough of the Nazi Zombie survival mode!