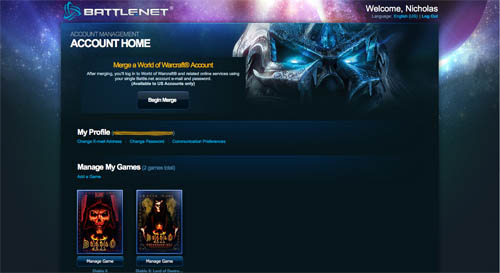 If you haven't heard, Starcraft II was officially delayed yesterday by Blizzard.  Nobody was really surprised, though many were disappointed.  The game was moved into 2010 for a release, and the reasons it was delayed may surprise you.

Starcraft II: Wings of Liberty wasn't delayed due to technical issues with the game itself, but rather due to technical and maturation issues with Blizzard's new version of Battle.net, their online gaming service.  We'll let the master of the underworld, Bobby Kotick, explain:

The company's vision for Battle.net is a "true online destination platform," and Kotick expects it to "become the foundation for connecting tens of millions [of players] in the Blizzard community in a social gaming network across all Blizzard's future games."

So what exactly does that mean?  Cross game invites, global friends lists and logins across all game, social tools (aka voicechat, clans, groups) - it sounds an awful lot like Microsoft's Xbox Live.  Though Live seems to have evolved even further past those stages.

With Starcraft II moving into 2010, it would appear everyone's favorite colorful and cooperative based Action/RPG, Diablo III, is also in jeopardy of a delay.  That's not the case though.

"We haven't announced any release dates on any future title. And I'll also reiterate that the [move of] StarCraft into next year does not impact the schedule," said Morhaime, who then, with a slight laugh, added: "And so it would be correct to conclude that you could expect two releases of Blizzard next year. But I will not make any conclusion as to what those titles will be."