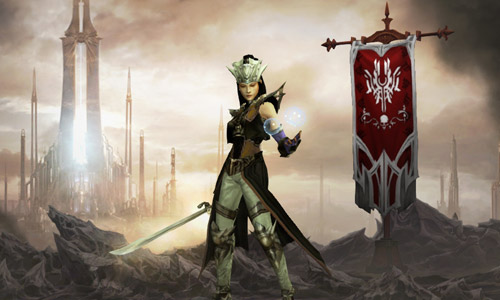 Ask any co-op enthusiast about their favorite moments in a co-op game, and you’ll often get two answers. The first will usually be a tale of how teamwork and elite skill helped them defeat a challenge in perfect harmony - the absolute pinnacle of co-op play. This isn’t an article about that.

This is about the second answer: when just about everything that could go wrong does, and you have to resort to creativity, skill, or luck to overcome adversity. MMOs like World of Warcraft or the Left 4 Dead series are often filled with stories of epic heroism in the face of nigh-impossible odds, where all but one party member bite the dust and are left to helplessly watch the final player make a desperate last stand.

This tale happens to take place in the world of Sanctuary, the setting of my current flavor of the month, Diablo 3.

While playing through the game on Normal mode is rarely very challenging to an experienced Diablo/ARPG veteran, once you unlock Nightmare and higher tiers of difficulty, everything becomes significantly more dangerous - you run a very real risk of being mauled by the scrub enemies you mowed down like so much grass in Normal, and unexpected champion/elite packs often make short work of everyone in your party.

This isn’t even a story about those gut-wrenching experiences. This is a story about being the last man standing against one of the Prime Evils of Hell, Belial.

I was playing a co-op match in Act 2 on Nightmare with two of my close friends - Brian was playing his Monk and Isaac was a Barbarian. They, being non-parents with more free time than me, were a few levels higher than me. We finished up the last few questlines and headed off to take on Belial, the boss of Act 2.

The Belial encounter has two phases: first, he’ll spawn a bunch of adds on you from above, then drop down to join the fray when you take them out. Burn him down to below 50% or so, and he’ll jump out of reach, promising to reveal his true power, and boy does he come through on that one!

The second phase has Belial grow to an enormous size, attacking our party who is restricted to movement on a floating platform, all while dropping poisonous pools on the ground, chucking meteors at players, and performing devastating melee strikes and sweeps at our hapless party.

While my partners were both melee attackers, I was playing as my Wizard, specializing in ranged attacks and loaded up with some great defensive abilities - (I currently roll with Diamond Skin and Teleport despite knowing that Force Armor-runed Energy Armor is probably a stronger combo). As a ranged fighter I had the benefit of being able to constantly be on the move, and though I was certainly taking heavy damage at times, the healing Brian was able to provide as well as my stock of potions kept me healthy as I constantly dodged and teleported my way out of danger.

Everything was progressing well until Belial dropped to about 20%, where an unlucky placement of poison pools caught Isaac in a corner and he got murdered by one of the aforementioned devastating melee strikes. We recovered, but only for a moment, when Brian’s spirit wasn’t high enough to cast a critical heal and he got dropped while trying to get out of a poison pool. Belial was at 10%, and I wasn’t in any position to attempt to resurrect my comrades - standing still long enough to do so would be suicide.

For the next couple minutes, I almost entered a zen-like state, where I was somehow able to dodge every attack or AOE ability Belial sent my way. I had him down to his last remaining hit points, when I was caught in a bad spot between ability cooldowns. In desparation, I blew the freshly-expired cooldown on my Archon ability and just pumped as much damage as I could into Belial and using up a potion to stay alive.

I was about to die from poison myself, but I ticked the last few hit points off of the demon lord, and we were all greeted by the familiar flash of an earned achievement. Somehow, despite being down by two-thirds, we won, and I got the oh-so-rare feeling of elation from being the one who saved our butts in the end.

This, my friends, is the kind of co-op story I like to tell.