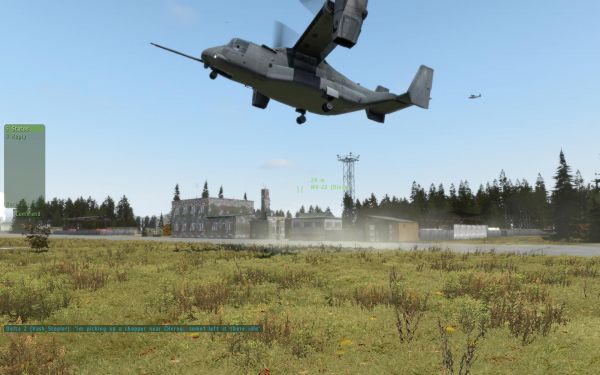 It's figures, one day after we post our ArmA II review - Bohemia Interactive releases a new patch for the game.  Players can download the patch from the official website, and Steam users will get auto updated.

While the patch weighs in at 134MB, Steam Users need to sit through a 4GB download to update the game due to some issues with the existing version.

There's plenty of solid fixes like: Grenade could sometimes destroy a building just by impact and  Rainbow is visible even with sun below horizon.  Two issues I know were just killing us.  In all seriousness there's lots of performance and gameplay improvements listed.  The full list of fixes is posted below.

505 Games and Bohemia Interactive have today released a new patch for ArmA II, the PC military shooter smash hit of 2009 . The patch (1.03) is available to download now from www.arma2.com and will solve and improve/balance the following in-game issues:

* Numerous fixes and improvements in the Harvest Red campaign

* Fixed: Rainbow is visible even with sun below horizon.

* Fixed: Sea surface was not rendered in NE area out of map.

* Fixed: Grenade could sometimes destroy a building just by impact

* Fixed: Team switch did not work when player died

* Fixed: After respawn in MP, player's tasks, diary content and skills are transferred to the new entity

* Fixed: Leaning 'limits' did not work with TrackIR

* Fixed: Problems with saving and loading games in cooperative campaign

* Fixes and improvements in most of the campaign missions (Into the Storm, Harvest Red, Bitter Chill, Manhattan, Badlands, Dogs of War)

* Improved: autosave logic to not save when it was not safe

* Improved: Eye for an Eye in Scenarios

* Fixed: penetrability of some vegetation

* ANY ORIGINAL VERSION OF ARMA 2 from 1.00 to 1.02 other than Steam version, Steam users should use auto updating feature instead (their game will not be playable if they applied this patch until they recover it again from Steam)

* DirectX 9 March 2009 is required and should be updated during the patching process automatically as needed or you can update your version of DirectX from www.microsoft.com/windows/directx/

ArmA II is available now exclusively for PC. For all the latest information visit www.arma2.com