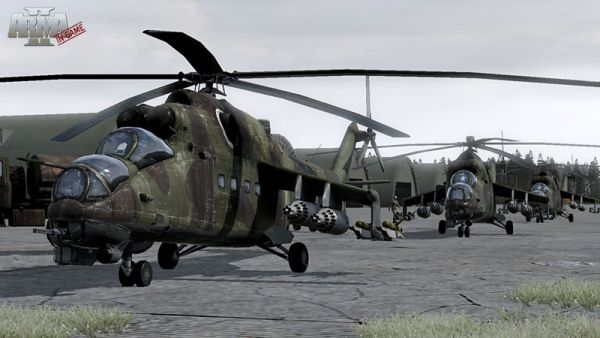 In the age-old debate of console gaming versus PC gaming -- which was revisited this week during our record-length Co-Opticast -- PC has always fallen short when it comes to ease of use. As Mike and Kat so aptly pointed out, one of the main reasons for this is the hassle of installing patches post-release.

Since 2003, Valve's free digital distribution service, Steam, has helped alleviate that setback, bringing PC gaming up to par by providing automatic patch download and installation. As of September 2008, even game mods are being offered on Steam.

Yesterday Bohemia Interactive announced that Steam would be hosting ArmA II in addition to the standard retail availability. You can pre-purchase and download the game, which will then be unlocked on June 26th.

Bohemia's next hit ARMA II arrives on Steam in June 2009

Bohemia Interactive once invented the genre of realistic military
sand-box games and it aims now to re-define that genre with its
upcoming game ARMA II, the ultimate military simulator, powered by the
3rd generation of their original Real Virtuality engine that's also
used to train soldiers in numerous countries from Australia to the
United States.

ARMA II will offer the ultimate realistic combat simulation experience
in a modern day setting. With unprecedented freedom of movement,
actions and tactics, the game will allow players to immerse themselves
in battle as never seen before.

"Steam is one of the world's leading digital content distributors,
allowing us to offer ARMA II to millions of their customers online"
said Marek Spanel, CEO of Bohemia Interactive. "Bohemia Interactive is
creating genre defining PC games and being in a position to work with
one of the best digital content distributors in the business, as well
as utilizing all of the superb features that Steam offers is very
gratifying to us as a developer."

It is important to note that since the game has been developed in Prague, it has to be distributed by a North American publisher for U.S. release, which affects the majority of our community here. So far, ArmA II is without a publisher for North America; thankfully, a publisher is not necessary for a release on Steam.

Although there is no official information posted about the number of players that can co-op together, a beta tester has posted in Bohemia Interactive's forums that the campaign supports four-player co-op.