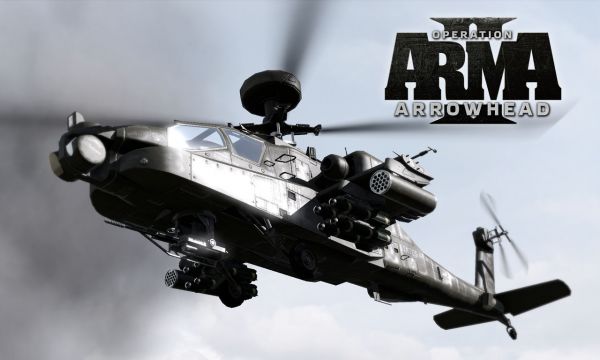 The boys at Bohemia Interactive have announced an expansion pack for the four player co-op game ArmA II called Operation Arrowhead.  The expansion is set in the hilly regions of Asia, Arrowhead takes place three years after the events of Chernarus.  There's no other detail regarding new weapons or vehicles, but with a current roster of a few hundred, what's a few dozen more?

Some folks in the ArmA community might be a bit miffed about this announcement, the game's forums are still lit ablaze by many of customer complaints with various bugs and crashes.  Bohemia has assured us that a new patch is on the way and that they've actively been listening to feedback on the forums.  Still, you can't help but wonder if the time was better spent on polishing their game instead of making an expansion.

Hopefully the patch and the expansion can fix some of the nagging complaints we had about the game.  Expect some hands on time with it at Gamecom in Europe next week.  No release date has been announced.

Three years after the conflict in Chernarus, portrayed in the original
ARMA II, a new flashpoint in the Green Sea region heats up and
coalition forces led by the US Army are sent to Takistan to quickly
restore peace and prevent further civilian casualties.

Set into the new, visually attractive environment of hilly central
Asia, Operation Arrowhead will offer realistic combat simulation
experience in a modern day setting with unprecedented freedom of
movement, actions and tactics. Players will enlist into various roles
within the US Army, from basic infantrymen, through special
operatives, to pilots and tank crew in this new installment in the
award winning line up of military simulators for PC from Bohemia
Interactive.

ARMA II Operation Arrowhead will be presented during the Gamescom;
trade fair for interactive games and entertainment in Cologne, Germany
19th - 23rd August 2009. Visit us at our stand in hall 4.2, stand no.
L034.

"Bohemia Interactive is fully committed to supporting the existing ARMA
II user base whilst also working on the expansion pack, this will not
only allow us to introduce a new and original theater of war to the
simulation series, but also improve numerous areas of the core game,
for both the original game and the expansion, where we can go even
further with adding completely new features" said Marek Spanel,
Bohemia's CEO.

Join the duty in ARMA II, this ultimate military simulator, and get a
taste of what it takes to be a soldier in a modern warfare conflict!
Visit www.arma2.com or youtube channel ARMA2official for more
information!

ARMA II Operation Arrowhead has not yet been rated by ESRB.