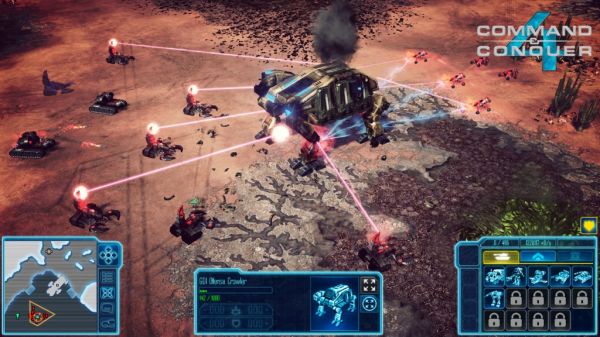 EA has released a set of brand new screenshots for their upcoming co-op RTS, Command and Conquer 4.  The game is set for an early 2010 release exclusively on the PC, and it features some new additions to the franchise.

While Red Alert 3 had a co-op mode, C&C 4 looks to expand on this by allowing players to choose sub-classes of commanders with unique abilities and units.  By doing this players will fall into defined roles of attack, defense and support.  There's also an XP system for every action in the game, which can be seen in some of the new screens.

Thankfully for those of you who do enjoy playing by yourselves, heathens, the game won't throw a crappy AI commander at your side to hold you back.  Instead the game will play like a traditional solo RTS.  We still recommend you bring a friend along for the ride.