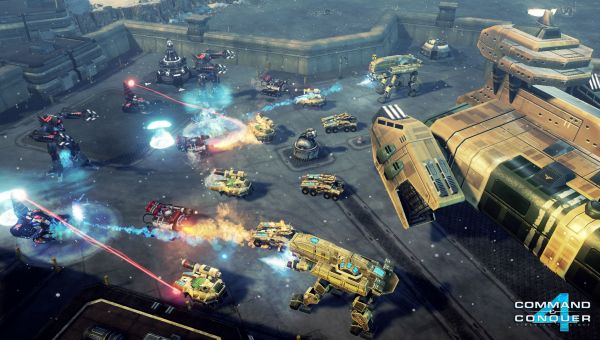 The Command & Conquer series has been around for quite some time - 17 years, in fact. Even if you're a fan of C&C or the RTS genre, chances are you probably haven't owned them all. Heck, even if there's some slim chance you have, your current OS probably won't run some of them. Well, now both hardcore C&C fans as well as RTS fans with a passing interest in the series can rejoice: this fall gamers will be able to grab a whopping 17 Command & Conquer games for $50. And yes, some of them have co-op!

Entitled Command & Conquer: The Ultimate Collection, the bundle will be available both in retail and digitally via EA's Origin service. All of the games will be fully updated for Windows Vista/ Windows 7. Purchasers will get an added bonus of early beta access to the next C&C game, simply titled Command & Conquer. That game is slotted for a 2013 release and will be a free-to-play title.

Here's the full list of the games and features included in the Ultimate Collection:

The bolded titles (like C&C 3: Tiberium Wars and C&C 4: Tiberian Twilight) include co-op.