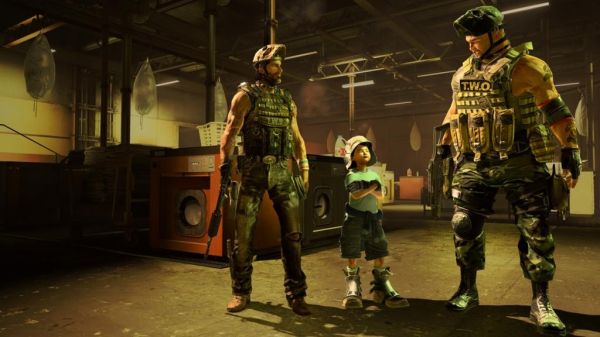 Chalk up another causality this holiday season.  Army of Two: The 40th Day has been delayed from it's previous October release date until January 12th, 2010.  It joins a myriad of other titles that have been delayed from a Fall 2009 release to a 2010 release.

Still of all the titles delayed; Splinter Cell: Conviction, Dark Void, Bioshock 2, etc, this is the first big co-op title to suffer the same fate.  We know Borderlands is pretty much a lock still, as is Halo 3: ODST.  It seems like Operation Flashpoint 2: Dragon Rising is on schedule as well.  And lets not forget Left 4 Dead 2!  Perhaps it's a good thing Ao2 got delayed.

Those that preorder the game will get a token for an exclusive four player co-op mode called extraction.  In it, you'll face off against a series of unique enemy waves as they move from point to point in the ruined city.  This mode will be available as DLC one month after release.  A preorder incentive and an incentive for you to keep the game all rolled into one.  How nice.