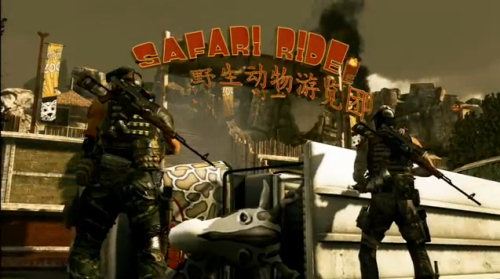 Not too long ago, we brought word that Hans Zimmer is scoring Call of Duty: Modern Warfare 2. While that's pretty awesome for fans of cinematic soundtracks, here's some more interesting news:

Tyler Bates, whose previous credits include Dawn of the Dead, The Day the Earth Stood Still, 300, and Watchmen, will be providing the music for Army of Two: The 40th Day.

Things like this make me excited for the future of games. I used to hoard soundtrack CDs from my favorite movies. I have a collection of music by Joel McNeely, John Williams, Michael Kamen, Danny Elfman, John Powell, Hans Zimmer, Jerry Goldsmith...the list goes on. Seeing video game soundtracks on the shelf is going to be a real treat.

Question for the readers: who would you like to see score a video game soundtrack? (Myself, I'd like to see Trevor Rabin compose for a game.)