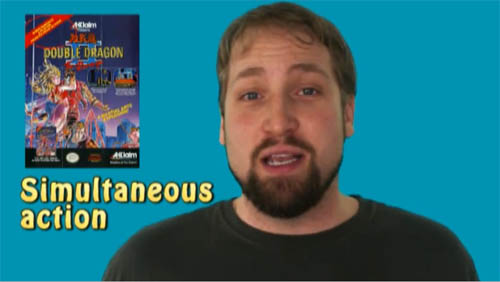 Look, we love co-op gaming as much as the next guy.  But I'm not quite sure we love co-op gaming as much as THIS guy.  He goes by the name of the GamingGoose - and he's pissed off at developers, publishers and just about anyone that gets in his way.  Why?  Because he can't figure out what games have co-op and what games don't.  He's pissed that games that say they have co-op don't really have a cooperative mode at all but rather a "2 player simultaneous mode."

Despite the use of some fowl language (see what I did there?), Mr Goose makes some truly excellent points.  Many of the reasons he's angry are the reasons we've created Co-Optimus.com.  It's incredibly difficult to discover exactly what the co-op mode of a game is before it's released, and even though we've made great strides to uncovering a lot of information - we're a long way from where I'd like us to be.

So give the video a watch and see what you think.  The shtick seems to be a Lewis Black meets gaming geek style of comedy and it's a fairly entertaining and informative watch.