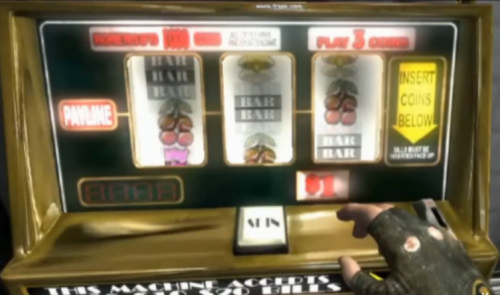 The video highlights a few things from the on again, off again game.  For fans of the original 3D game, you'll be happy to see the pipe bomb return in a big way in the video.  Vehicles also look to be in the game, with Duke driving around a small buggy in the desert doing jumps and just generally kicking ass and taking alien names.

There also seems to be an abundance of weapon choices for Duke, and one such scene reveals the footage may actually be from the Xbox 360 version of the game.  At about 1:28 in the video, the player is given a prompt to pick up a shotgun, but instead of a keyboard key showing up, we see the Red B button the Xbox 360 controller.  There were rumors a console version of the game was in the works, but this may be the first confirmation.

If you prefer to see some new hi-resolution screens of the game, All Games Beta has you covered.

In other Duke Nukem related news, the game - had it still been in development - would have gone gold last week on April 1st.  That's right, the plan all along was to make April Fools day the date Duke Nukem Forever went to publishing.  Take Two producer Jason Berman said this on his Twitter account:

The April Fools' date was "totally intentional,  I wholeheartedly believe that had things gone differently, they would have made that date."