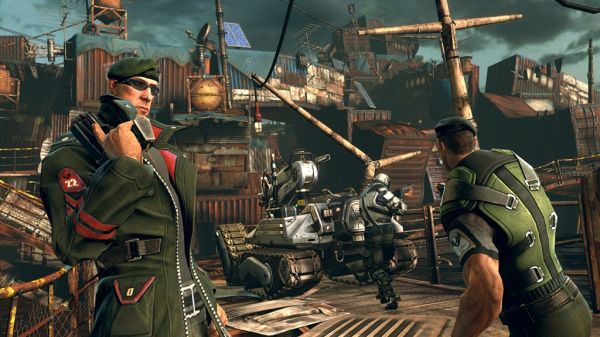 Splash Damage has unleashed a handful of screens for their upcoming four player co-op game, Brink.  The game promises seamless drop-in and drop-out play for up to four player throughout the entire game.  There's also dynamic missions and goals generated based on player class and skill.  Sounds interesting, looks pretty, and we want it now.

Too bad we'll be waiting till next year when it releases on the Xbox 360, PlayStation 3 and PC.