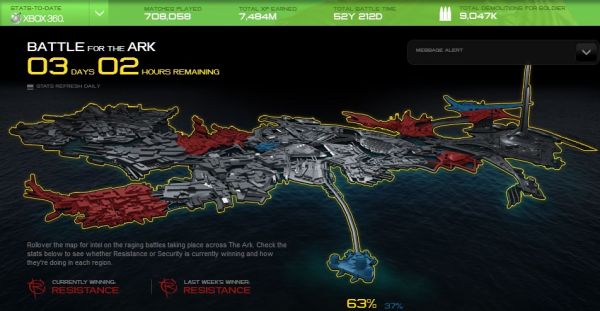 Starting Tuesday, May 31st, the "Battle for the Ark" becomes a weekly affair. Matches played online will count toward an overarching progress that brings a whole new level of persistence to Brink. Furthermore, global and individual stats will be viewable at Brinkthegame.com.

If that doesn't breathe a little bit of new life into the co-op/versus hybrid for you, then perhaps this will: the first downloadable pack will be available sometime in June, and includes new maps, new abilities, new weapon attachments, and new outfits. Oh, yes - and a level cap raise.

The player level cap will be raised from 20 to 24.