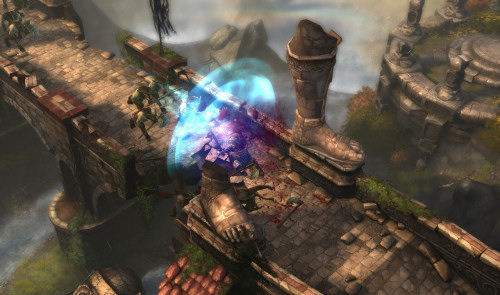 A few tidbits of news are still trickling in from last week's GamesCom.  Jay Wilson, designer for Diablo 3, told Joystiq that parental controls will be in the game.  In addition, the game will be edited for violence for release in some regions.

We're going to have to be able to turn off blood, change the color and things like that, because you can't have red blood in some regions, regions that we would very much like to sell the game in.

Presumably, the parental controls would allow for users to do the same on their own copies of Diablo 3.  I am a huge fan of games that allow me to tone down the violence so I can enjoy them with my children, so this is great news for me.  No word yet if the different varieties of blood will include rainbow, pink polka dot, or tutti fruiti as of press time.