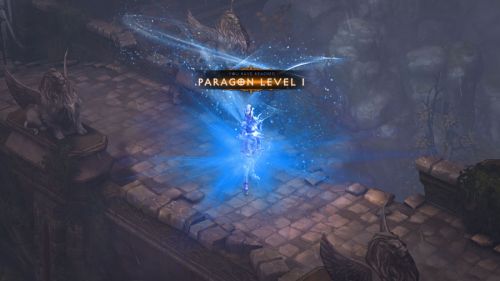 For the past week or so, Blizzard's been teasing the just-released 1.0.4 patch for Diablo 3, detailing many of the systems and class updates, but surprised us a bit when they dropped details on their take on alternate advancement: the Paragon System (Sorry, there's no Renegade counterpart). Once your character hits level 60, you'll begin accumulating experience towards your Paragon level, which bestows core stat increases and permanent boosts to your Magic Find and Gold Find ratings.

Blizzard's got a handy bulletized list to illustrate the key points:

In addition to the Paragon system, patch 1.0.4 includes a host of changes to Legendary Items, Magic Find, item drop rates from enemies, many buffs to classes and yes, several nerfs to the difficulty of Inferno mode and champion/elite monster packs.

Tackling Inferno can feel like a bit of a zero-sum game when you're stonewalled progression-wise or the gear upgrades just don't come fast enough. While the Paragon system won't solve all of the issues that some players have with the lack of endgame content, it, combined with the tweaks to drop rates and difficulty curve should make playing on Inferno feel a little less like putting your tender bits in a vise.