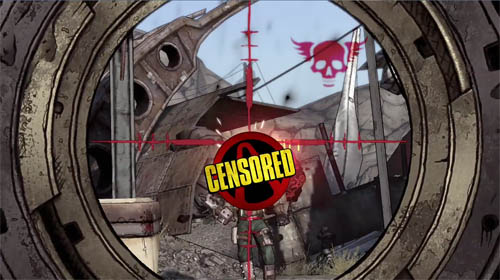 Gearbox has officially announced that Borderlands will make its way to PC digital distribution platform Steam when the game is released on October 26th.  Along with that they've announced a few unique features for the PC version of the game.

With however many millions of weapons the game is up to, the one feature that will be a crowd pleaser is the ability to export JPG Cards of your weapons to show off to your friends.  The PC version will also have built in benchmarking tools, and finally, a custom interface designed for the mouse and keyboard.  Yup, there's no console inventory management here folks!

Of course we already heard the PC version is going to look the best, and now with exclusive features it'll make it a tough choice between it and the Xbox 360 or PlayStation 3 version.  Of course for co-op players it should be all about communication, and it's unclear as to whether or not the game has built in voice chat to aid in that.