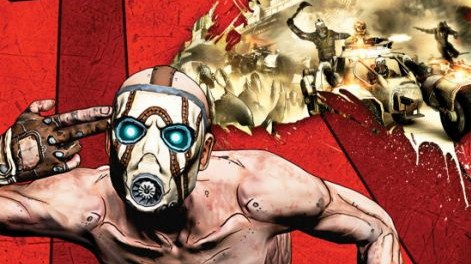 Borderlands, a Co-Optimus favorite, is on sale.  Amazon.com has the Borderlands: Game of the Year Edition for 50% off today only.  The Borderlands GOTY edition normally goes for $39.99, but now you can pick it up for twenty bucks.  Each DLC of Borderlands was originally $10 when first released, so frivolous gamers could have easily spent $100 dollars on the game and all of the DLC together.  Boy, you sure were smart to wait for the price to drop!  Now you can pick up Borderlands, The Zombie Island of Dr. Ned, Mad Moxxi's Underdome Riot, The Secret Armory of General Knoxx, and Claptrap's New Robot Revolution, all for $20.00. You can read our impressions of each linked DLC.  For $20 dollars this is an absolute steal.

Borderland: Game of the Year Edition supports 2 player local co-op, or 4 player online co-op.  The sale is for the PS3 and Xbox 360 versions.