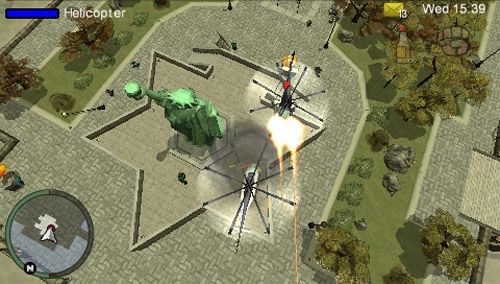 We posted some fairly favorable impressions of Chinatown Wars for the PSP back during PAX.  We were surprised at just how well the game cleaned up in terms of visuals, and we were impressed with how well it controlled despite the lack of touch screen input.

While there's still only one small two player co-op survival mode, the game overall is a great experience that shouldn't be missed.  We've got the a fresh batch of screens and a trailer show the game off, which hits store shelves on October 20th.