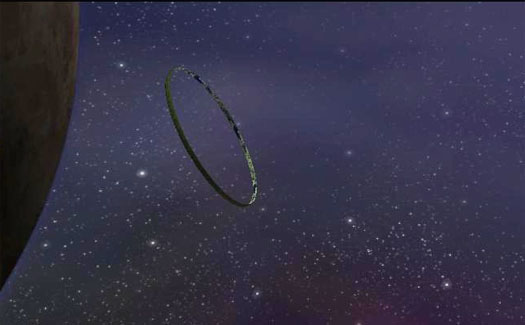 Halo 3: ODST has sold over 2.5 million copies in its two weeks on store shelves, no doubt fueled by the Halo name and the friendly co-op modes the game supports.

Included with the game is access to the Halo Reach beta, a multiplayer beta that kicks off sometime next year.  But what exactly IS Halo Reach?  343 Industries and ex-Bungie man Frank O'Connor explains.

A first-person shooter with an additional multiplayer mode, Halo: Reach "is a chronological prequel but it is not a prequel in the directions the Star Wars prequels were to the (original) movies," says O'Connor, a co-writer on 2007's Halo 3. says. "It will cover events in and around the planet Reach," where the invading Covenant first attacked humankind in the Halo story line.

But that's not all the Halo we'll be seeing, in fact, there's a six year plan currently for Halo comics, anime, books, toys and games.

But what about the Master Chief?  The game's iconic main character.  Will we ever see Spartan 117 again?  It certainly sounds like there's some sort of sequel planned, or in the works to wrap up the super secret ending of Halo 3.

As for Master Chief, odds are he will be seen again. "I think that (his) fate, Cortana's fate and the identity of that giant, dark planet at the ending (on the game's hardest skill level) — that's a spoiler — are probably big mysteries that would be irritating if they were just cliffhangers," O'Connor says.

But the cliffhanger may not necessarily be tied together with a game.  With 6 years of content planned in various medium, it may be revealed in the Halo movie(s).

"We're being very careful to pick the right time and the right partner," O'Connor says,  "Eventually, it will become very apparent that there is a plan for the way the canon all ties together and the way the comic books and the novels all tie together."