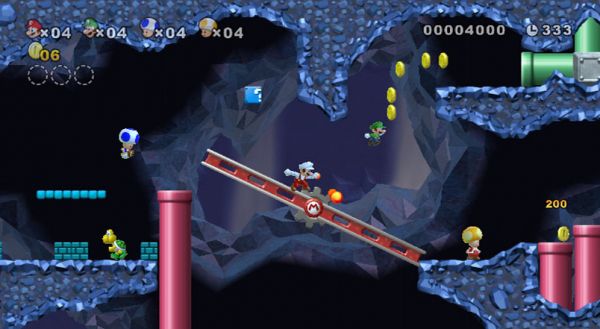 When asked about the game, Shigeru Miyamoto simply said it's "pretty difficult" and we now know that New Super Mario Bros. Wii celebrates the hardcore fans that grew up with Mario. You and your co-op buddies will need to use all of the "Super Skills" in your arsenal, as well as avoid jumping on each others heads too often, to win this one.