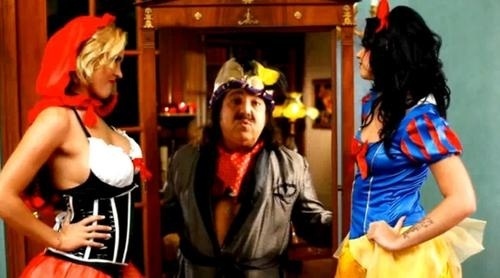 The advertisement, which is probably the first of many, is filled with poetic words, sexy costumes, and sexual promise between the ladies.  What it's not filled with is gameplay.  There's a whole 3 seconds of that, and if you blink, you just might miss it.  Despite the acting pedigree and costumes in the video, the video is fairly harmless.

Fairytale Fights is out on October 27th for the 360 and PS3.