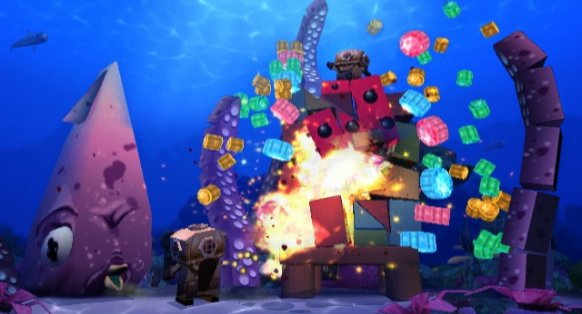 "Our last two titles were Wii-based, but our next titles will be for the next generation."

If you like exploding Boom Bloxes, you may be able to do so with the Natal or unnamed Playstation 3 motion controller next generation. Does that mean a Playstation 4 is so close? Or, perhaps an Xbox upgrade of sorts? Maybe even Nintendo will go for a high definition upgrade. Either way, interactive explosions on impressive hardware makes co-op much more fun!

When filing this article for the staff to look at, we had a bit of a Freudian slip-up - Boom Blox easily (accidentally) became Boob Blox. Now, we want to know what video game could have potentially perverted or otherwise NSFW titles by changing a letter or two in the title. Be creative, we want to be amused for the rest of the day!