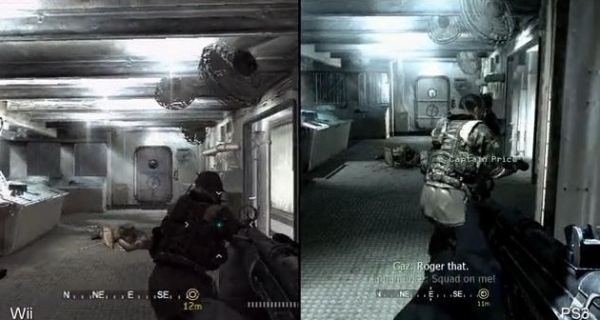 Overshadowed this week by Modern Warfare 2, Wii owners got their taste of the original Modern Warfare in the form of Modern Warfare: Reflex.  Sporting a two player co-op mode where player two controls a cursor, the first person shooter is scaled down a bit for the Wii's hardware.

But how does it look?

From the side by side on Eurogamer's Digital Foundry series, not too bad.  There's a few effects missing like rain and some fancy lighting, but the character models and animations look spot on.

Did anyone pick Reflex up?