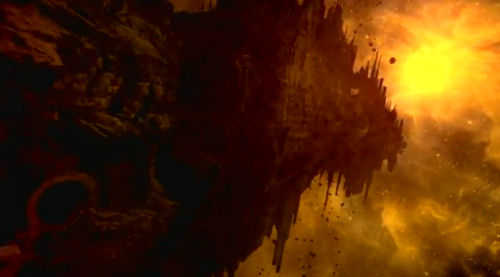 The first developer diary has been released for Dawn of War 2's expansion pack called Chaos Rising.  The five minute video covers quite a bit about the game, giving us a good overview of what to expect when it hits the PC next March.

The corruption system, the in game mechanic to choose between good and evil, is explained in greater detail - showing you the benefits or negatives of choosing between one or the other.  Also detailed is a new hero unit named Jonah the Librarian, who not only has new weapons and armor, but offers the unique ability to morph spells into different types.

We get a glimpse at the new environments and a bit of the backstory as well.  Overall the expansion pack looks to be shaping up nicely, the only problem I see now is - it's not March yet.