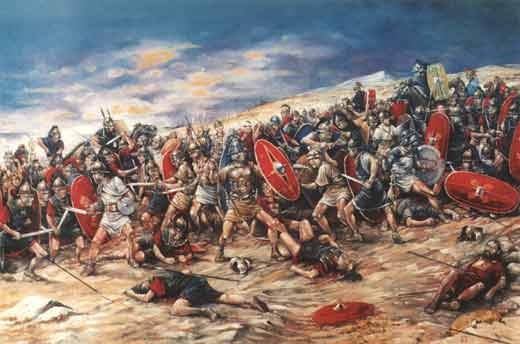 Call of Duty 7 is going to be a historical game, or at least, contain some sort of history.  That's according to a Treyarch job posting for the next iteration of the series.  The job posting has the following responsibility listed for a level designer:

"Research subject matter for history and look of the level"

That could be taken a few ways, but most likely Treyarch isn't going to want to step on any toes at Infinity Ward now that they have the whole "modern" motif locked down.  After all,  Modern Warfare 2 may have sold a few copies, but they don't want to completely saturate the market.

Lets just hope it's not another WWII game, there's very little subject matter left there to cover that hasn't been in half a dozen games already.  My vote is on Call of Duty: SPQR.  You play the role of Soap McSpartacus as you join in Roman conquests of the world.  The javelin glitch is a real bitch though in the Olympic level in Greece.