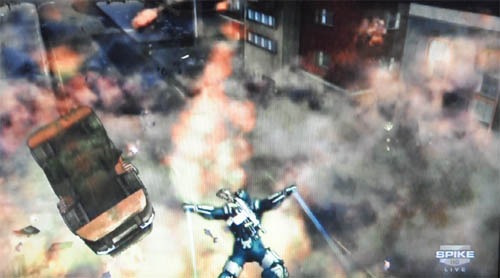 The first gameplay trailer for Crackdown 2 was unveiled tonight during the Spike TV Video Game Awards, and it was awesome to say the least.

Not only did the trailer showcase some pretty explosive cooperative action, it featured a catchy jingle titled "Would you like to blow shit up with me?"  After watching the trailer, the answer is a most resounding yes.