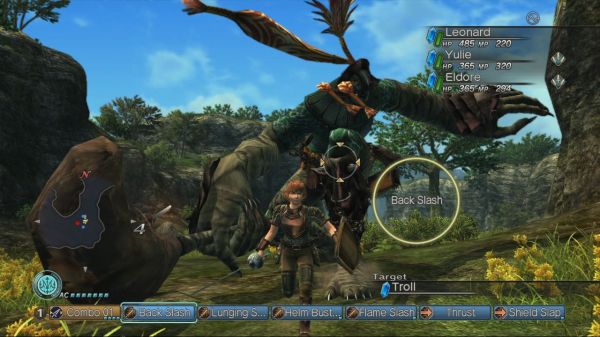 White Knight Chronicles International Edition is a little over a month away.  If you don't know much about the Level-5 developed RPG, it's time you start learning.  Featuring a four player online co-op mode, now with added voicechat, players are thrust into a fantasy world as they work together to tackle 50 quests.

Players can build an online village to invite friends as a social hub to gather, and there's even a tease of more quests available at launch via download.  All in all the International Edition isn't just a dubbed version of the original Japanese release, there's a ton more content to be had.

The game's battle system is unique, something that's a hybrid of a real time and turn based system from traditional JRPGs.  We got our hands on quite a few screens of the system in action, and the PlayStation Blog has posted an official video.