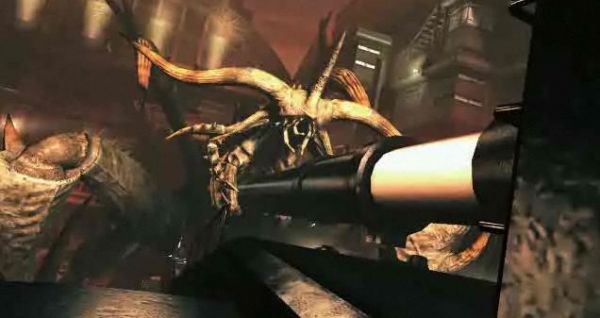 We have long been intrigued by the kaiju-like bosses in Lost Planet 2.  After viewing the latest trailer, featuring a spider-like, tentacled, horrific monster oozing thermal energy while appearing to swallow a rather enormous cannon, we think Sigmund Freud might find it interesting, too.  Just over two minutes of video, including a cut scene and a fair amount of actual gameplay, have just been released for your viewing pleasure.  The prospect of four soldiers working together to take down a boss has our co-op sense tingling in anticipation. I do wonder, though, if the developers might be compensating for something?