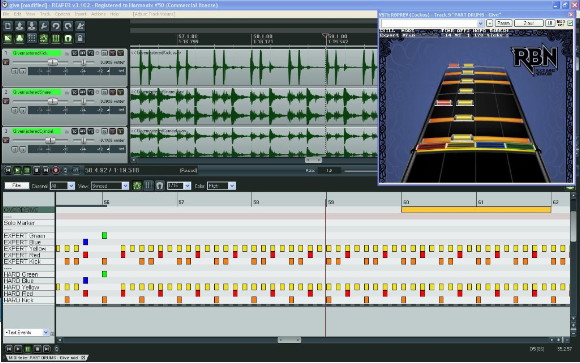 According to the Wall Street Journal, the Rock Band Network will launch tomorrow.  I guess the rumors of "Early 2010" should have been "Extremely Early 2010".  Rock Band Network is a service by which any user can create and upload their own music into the Rock Band store.  I'm sure all sorts of smaller bands are anxious to get started with this, but bigger bands like Creed and Evanescence are rumored to make their music available via Rock Band Network.  The official Rock Band forums have a fan-made list of confirmed bands and songs, and it's well worth a look.

We'll certainly be following this with interest.  As with all user created content, there will be both good and bad, I'm sure.  But who knows?  Maybe the next big thing is out there right now, waiting to upload their music!