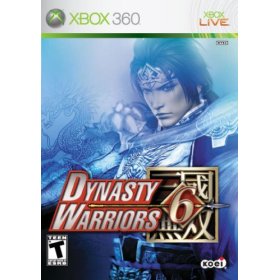 This week we've got a new co-op game that should be quite familiar to all.  It's the 6th game in the Dynasty Warrior's franchise.  Dynasty Warriors 6 will be available for both the Xbox 360 and Playstation 3 on February 19th.  The game features split screen co-op play through in traditional Dynasty Warriors style.

Co-Op release alerts are brought to you by The Weekly Release.com