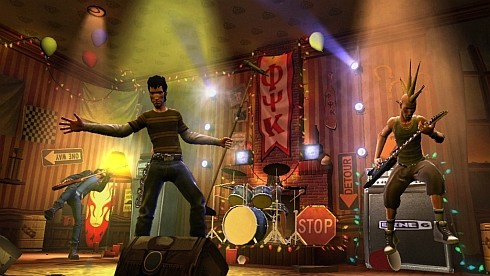 A rumored list that claims to be the full set list for Guitar Hero: World Tour has been floating around the internet.  There is no official word from Activision as of yet, so you may want to drag out that jumbo sized salt shaker before reading.  If the list is indeed true, there will be some good times to be had, for sure.  (Beat It, Toxicity, Every Breath You Take, and CRAZY TRAIN!!)  However, something about the list seems off to me, personally.   There are several songs that make you go "Huh?" (Why put a ballad like "I Don't Wanna Miss a Thing" in this game, not Guitar Hero: Aerosmith?)  Either way, we feel you'll find the list interesting, to say the least.  Check it out after the break.  Do you prefer this list, or Rock Band 2's?  Let us know!


We Want the Funk Tour:

On Top of the World Tour:

All Pissed Off Tour:

Livin' in a Nightmare Tour: