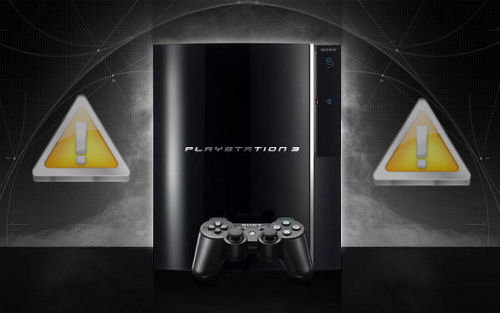 The Playstation 3 is many gamers co-op console of choice, but a major bug is being widely reported that is wiping trophies, stopping access to the Playstation Network, preventing people from using downloaded content, and denying access to new games such as Heavy Rain.  The issue is tied to certain older versions of firmware and is resetting the internal calendar within the PS3.

The bug is only impacting those people with the older PS3 'fat'.  It is currently recommended by the wider community that you do not switch on your older PS3, even offline, as the problem is still occurring.  Sony are aware of the issue and have twittered an acknowledgement, but no solution.  More details are available via the link provided; this issue has hit around 4PM PST and is a worldwide issue.  Hopefully, a fix will be available soon to allow us to play Heavy Rain and the upcoming Blue Toad Mysteries.

Update:  Sony has just confirmed the bug, listed the symptoms and said a fix will be issued in the next 24 hours.

Update 2: We're getting various reports the issue is now resolved.

Update 3: Sticking to the old adage that 'time heals all wounds', Sony have waited out the issue and older PS3s are now working correctly.  There appears to be little effect from the day that has been dubbed 'The ApocalyPS3'. You can reset your internal clock manually or via the internet.

Will there be any comeback on Sony for the problem?  Perhaps a free PSN title for all PS3 owners to help balm their wounds?