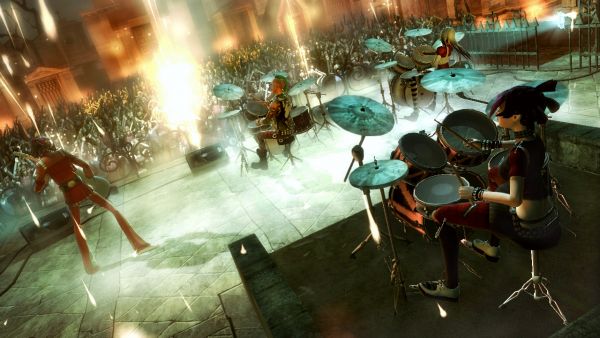 2009 - it was the year of way too many music video games.  The prime culprit was Activision, releasing a whopping 25 different SKUs last year.  Even for die-hard fans, that's too much of a good thing, and it's no surprise sales were lower than expected.  According to a conference call to investors, Activision plans for only two Hero games this year, both coming in the second half.  A sequel to DJ Hero and an unnamed Guitar Hero game are coming.  No PS2 versions, nor instrument bundles will ship for either.  Could there be trouble with the oversaturated franchise?

Maybe so, beyond even the low sales problem.  Activision has claimed "patent pending" on Guiatr Hero games, and is being sued by a group who alleges there is no such patent pending.  If found guilty, Activision could be fined $500 per game.  I don't think that will make those investors happy, either, Bobby!