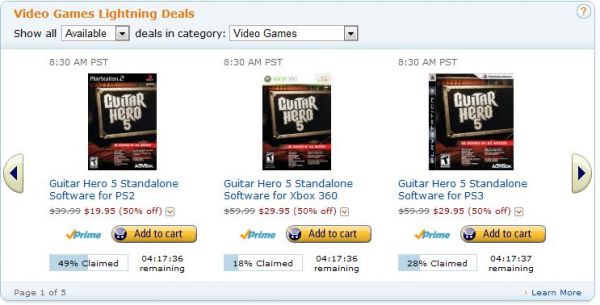 If you missed out on Marvel Ultimate Alliance 2 earlier today, perhaps you'll want to try to snag the recently released Guitar Hero 5?

The four player co-op game was dubbed one of the best music games this fall by our own music game veteran Marc.  With plenty of co-op friendly features like drop-in and drop-out as well as the ability to play any instrument you like, it's easy to see why.

Also available is Resident Evil 5 for the 360 and PS3 for $20.  There's really no excuse to not stare at Sheva's ass or Chris Redfield's bulging biceps anymore.