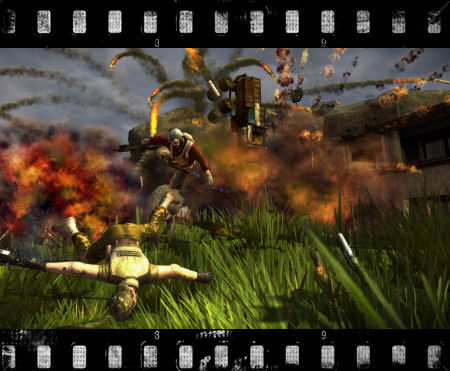 I'm pretty sure someone at Ruffian Games wants to suck up all my gaming time with Crackdown 2.  The team plans on adding video replay functionality, including the ability to share videos, into Crackdown 2 post launch via downloadable content.  While they had hoped to have the feature included on the disc, the team found that creating a replay system for the game's four player co-op mode was quite the task.  And it was a task they wanted to get right.

"That's an important part of Crackdown, the emergent gameplay. People did a lot of things in the first game that we didn't really know could be done. We've expanded it a bit now so we're expecting them to do more with it this time. But in order to do a replay system in a four-player co-op game is not a simple task, and we want to do it well."

I don't know about you, but I spent hours upon hours on the streets of Pacific City with my co-op partner stacking cars, bodies, and objects into large piles just to watch them explode. Now we get to record and share that?  Yes please!

Yup, there goes all of my gaming time later this year when Crackdown 2 releases.