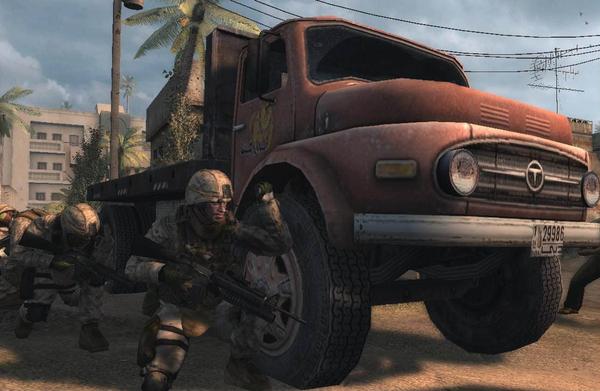 Teacher: "Can anyone give an example of a 'bad penny'?"
Little Johnny: "Six Days in Fallujah."

Talk about a public relations nightmare! Controversial co-op shooter Six Days in Fallujah has resurfaced. Again. And this time, a source close to Atomic Games is claiming that the title is completely finished and awaiting a publisher.

Seeing as how neither gamer nor publication dare touch Destineer's Nintendo Wii January title Marines: Modern Urban Combat, it's a good bet that Atomic Games and Destineer president Peter Tamte will be waiting a while. If anything new turns up, we'll be sure to let you know. Like a fiery train wreck, we just can't ignore it.