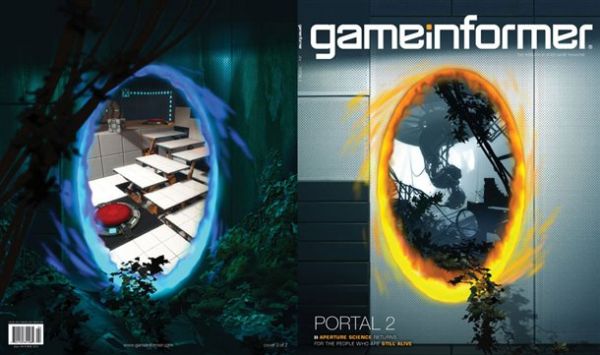 Portal 2's co-op reveal was quite shocking, but if you've been following Valve news before it wasn't that big of a surprise.  Why?  Valve's been running an alternate reality game, or ARG, surrounding Portal 2 for a few weeks now.  These meta games blend reality with the virtual reality of a game world into one, and despite the game being announced the ARG is continuing.

Valve's Gabe Newell recently gave a presentation on the company at the Game Developer's Conference, and just as he was about to unveil some longstanding questions people had about many of their games - like who the G-Man is from Half-Life - he got a suspicious Blue Screen of Death.

Your eyes do not deceive you, the screen was triggered by Portal 1's main "villain" GLaDOS.  After some careful sleuthing it appears the screen hints at more Portal 2 information will be unveiled at E3 this June.

During the presentation, before this whole "error" occurred, Gabe was quoted as saying:

Portal 2 is the best game we've ever done.

No doubt thanks to the co-op.