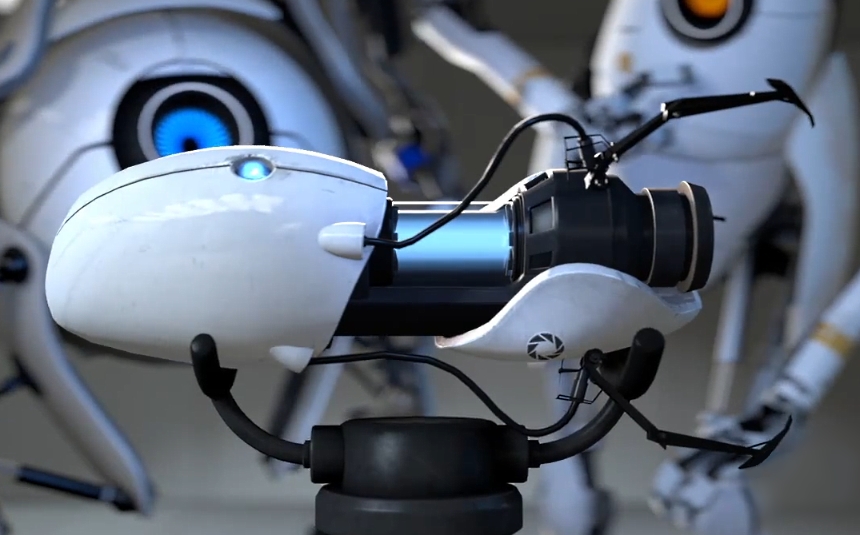 Portal 2’s co-op mode has a brand new DLC campaign that immerses players in the Portal universe more so than any other time before it. Using the PlayStation Move as the controller, we can now control the portal gun in a whole new way. The PlayStation Blog even stated it to be one of the best games to use the PlayStation Move peripheral to date (seal of approval included).

Sixsense had been working on this PlayStation Move add-on for Portal 2 since autumn for the PlayStation 3 version of the game. With it, players could use the remote to accurately and fluidly wield the portal guns of Atlas and P-body and work together in ways previously unseen; an awesome feature for any fan of the Portal series. This special campaign, titled “Non-Emotional Manipulation”, takes full advantage of the Move’s capabilities in every way, including some unique features to the game like: “Scaling”, “One-to-One”, and “Portal Surfing” as well. A quick look at the trailer below shows off some of these:

The “Non-Emotional Manipulation” DLC will support split-screen, online, and also cross-platform gameplay with those who own the game’s MotionPack add-on on PC. Those that want to grab the DLC today only have to find it via the PSN network and it will be automatically downloaded for your game. This DLC has only been confirmed for North America consumers so far, but it’s not farfetched to think this won’t change in the near future.