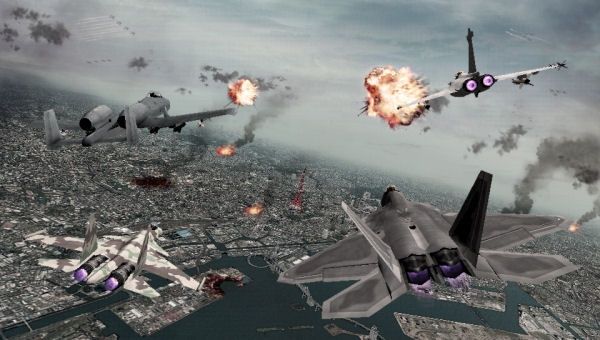 Namco-Bandai has sent along fourteen new screenshots for Ace Combat: Joint Assault on the PlayStation Portable.  The four player co-op title features the unique Joint Assault Missions System which allows four players to cooperate through different missions, while playing in totally different areas of the campaign.

As of now, no release date has been set for the game, which is being developed by Project Aces.