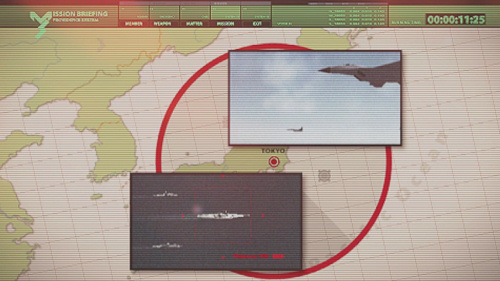 The Ace Combat series has always bordered on realism, but in the end throws in some over the top flair for good measure.  The portable game looks to bring that cheesy story and over the top goodness on the go in Ace Combat Joint Assault.

So while you'll be gunning the skies over Tokyo, London and San Francisco with three other friends in co-op, you may see gigantic floating airships that look to be like something out of a comic book rather than the Air Force.  The 3 minute and 24 second trailer not only sets the stage, but piles on the action, for what looks to be solid co-op sim on the PlayStation Portable.

While the co-op is only available in AD-HOC, Namco-Bandai has stated that Ad-Hoc Party support is enabled for internet play.  The game is out this July.