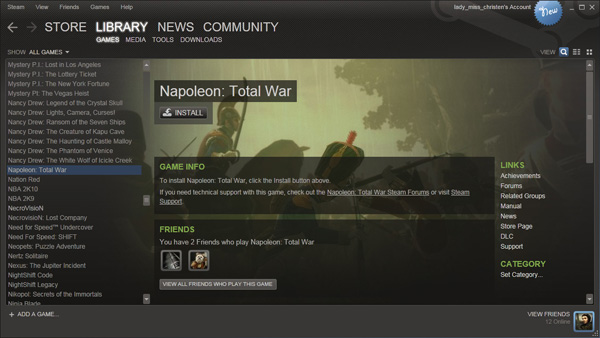 The new Steam Client has been in beta for a few months now, but today Valve has released the new hotness to the masses.  The new client not only adds an incredibly sexy new interface, but also adds a host of new features including more Windows 7 support, tools to find friends in games easier, a brand new webkit based web browser, and new downloading tools.

Steam has been a popular digital front for great co-op deals lately, as well as our launching ground for our numerous co-op nights.  Don't forget to join the Co-Optimus Steam community if you do snag the latest version of the client.