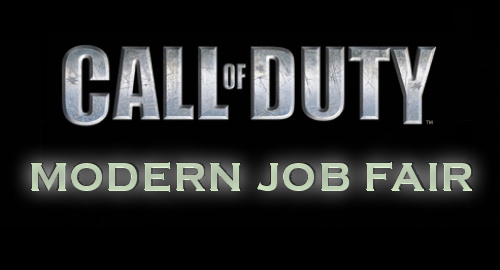 You already know that former Infinity Ward heads have gone on to form Respawn Entertainment, partnering with Electronic Arts, the result of a much publicized legal extravaganza.  Since that time though there's been a steady stream of departures from Infinity Ward, some of gone on to other companies in the industry, but a lot of followed Jason West and Vince Zampella to Respawn.

In total, there's 26 employees who have gone on and departed to other gigs.  It's unclear how many folks worked on Modern Warfare 2, but I'd say that's a good 20% of the development staff at this point.  So why is everyone leaving?  It's not 100% clear, but a lot of it has to do with unpaid bonuses and the way Activision has handled the franchise.

We already know that next year we'll see two more Call of Duty games, one from developer Treyarch, and another from new development house Sledge Hammer Games.  Both of these games would be unaffected by these departures, but the rumored Modern Warfare 3 might have some impact, as well as any new content there might have been planned.  We may never see the rumored DLC for more Spec-Ops co-op missions.

If anything it's going to be some time before the dust settles on this whole mess, and it'll be even longer before we see any type of product out of Respawn in terms of a tangible game to play.

Update:  GameInformer is reporting that 38 former and current employees have now banned together to sue Activision to the tune of 628 million dollars.