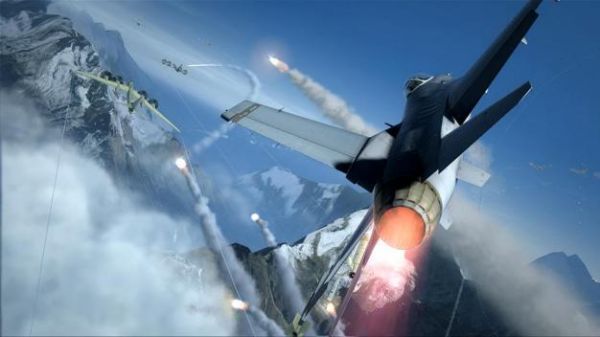 Contrail to popular belief that is not smoke, but water vapor

The original Tom Clancy's HAWX was a hidden gem of a co-op game that allowed up to 4 players at once to partake of some modern day Afterburner style flying action.  The game was heavily influenced by the arcade style and allowed players to swoop around the skies like a lunatic stunt flyer.  I for one loved this relaxed style of flying as sims are always far too complicated for me.

Despite my love of the first game's controls, the latest news and images from thatvideogameblog suggest that Ubisoft are planning a slight shake up.  In terms of look the game will be even crisper, but the gameplay may change a little.  A more authentic experience will introduce take off and landings, as well as new weapons, planes and technology.  I'm hoping that Ubisoft keep a lot of the high tempo feel of the first game, but we will have to wait till later this year to find out.  For more new images, check out the gallery after the jump.