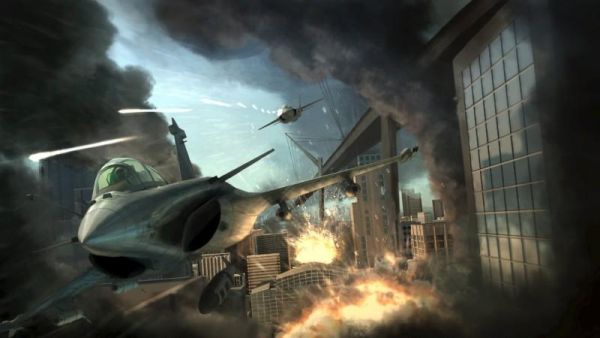 If Tom Clancy's games represented an army we would soon be calling him Supreme Overlord Tom Clancy as there are plenty of them.  Tremble in fear as the next two of his branded minions have been given an official European release date from Ubisoft.  The 4 player co-op flight game H.A.W.X. 2 will be winging its way onto shop shelves come September 3rd.  According to Amazon.com the US release date is set for September 7th.  Of note, right now all Amazon listings have the game at an MSRP of $49.99 instead of the usual $59.99.   A release date for R.U.S.E was also announced, this strategy game will be released a week later on September 10th (Sept 7th US).

If Tom decides to invent any more game IPs can I suggest: WTCGITA?  Which stands for Which Tom Clancy Game Is This Again?