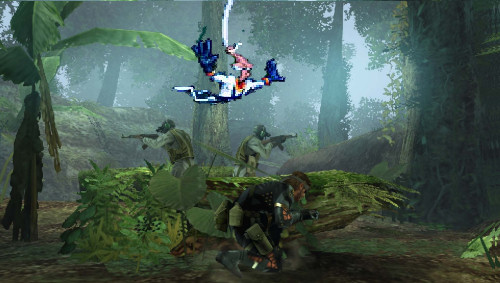 There's two co-op releases this week both from long standing and popular franchises.

Up first is Metal Gear Solid: Peace Walker for the PlayStation Portable.  Co-Op is a first for the Metal Gear series as four player can work together through the game's story mode via AD-HOC or Online connections.  We haven't heard much yet from the final build from the title, but hopefully those impressed with the demo are eager to get their sneak on.

Next up is the remake of Earthworm Jim for Xbox Live Arcade called Earthworm Jim HD.  The game comes complete with four player local and online co-op through brand new levels created just for this re-release.  Fellow earthworms will run, jump, and shoot their way through a whole mess of zany levels.  And they'll launch cows - just because they can.  A PSN version should be released later this summer.

Do either of these titles tickle your co-op fancy?