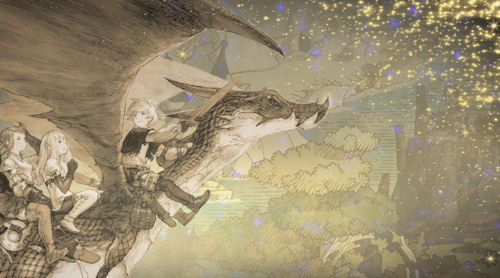 We just got the first trailer for Final Fantasy: The 4 Heroes of Light for the Nintendo DS from Square-Enix.  The trailer shows off the games story and four player cooperative gameplay and will be showcased at the upcoming E3 Expo.

The game utilizes two brand new systems called the Crown Job System and the Action Point System for customizing their character and then taking them into battle with friends.  It appears players will be able to join a friend's game and assist them in their world, but it's unclear whether or not any experience transfers back to the guest player's game.  We'll bring you more on the game from E3 next week.