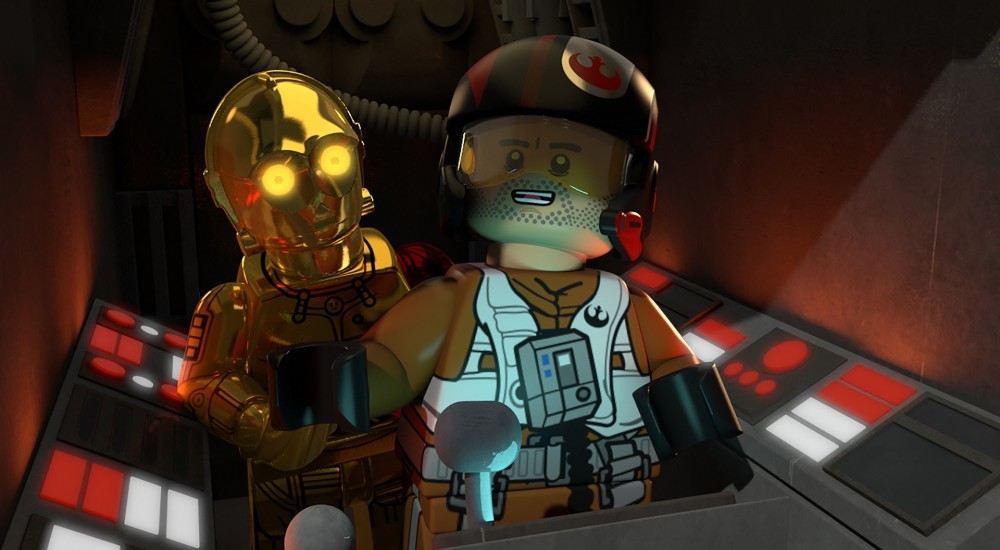 In anticipation of its big release next month, TT Games and Warner Bros are releasing "character vignette" videos for LEGO Star Wars: The Force Awakens. These brief clips focus on just one of the title's big characters and give just a hint of the original dialogue that's been recorded by all of the actors.

It's rather impressive that they've gotten all the actors, particularly Harrison Ford, to record new dialogue specifically for this game. Most of the LEGO titles thus far have just gotten voice actors that can do a rough impression of the more well-known versions of the characters, so it's kind of cool to see somebody flexing some kind of development/publishing/licensing muscle to bring these folks in to do some VO work.

LEGO Star Wars: The Force Awakens arrives on a variety of platforms on June 28 and supports two player couch co-op.