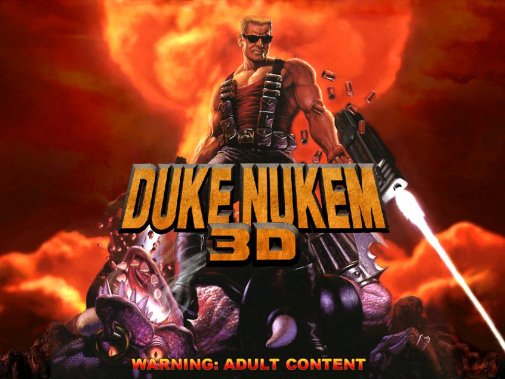 It looks like somebody just ran out of gum.  As previously rumored it's now official; Duke Nukem 3D will be hitting Xbox Live Arcade "soon."

"We officially passed final cert on our first try Friday, August 15th," said Broussard. When asked about a possible price point, he noted that it will be "about what you'd expect." While Broussard's comments are open to interpretation, most XBLA releases are priced between 800 ($10) and 1200 Microsoft Points ($15).

Now the game is in Microsoft's hands.  I'd expect it to be released sometime after there summer of Arcade promotion, that ends the last week in August.

So how did the game suddenly get discovered and confirmed overnight?  Website MyGamerCard happened to pick up the full list of achievements while combing through Xbox profiles.  The best news of course is that the game will feature all four episodes, the original and the expansion pack, and all four of the achievements for completing these episodes are available in Co-Op!  The original game supported 4 player co-op but there's an interesting rumor out there which could up the ante not only in the number of players, but the number of features.

According to XBLArcade.com the game is said to have some fancy additions including an all new 8 player co-op mode.  Other additions?  Recordable (and uploadable) user gameplay clips, Vision camera support for the lobbies, and the ability to rewind time within the single player game.  If this all holds true the new game could be quite the value.  I'm not sure how keen I am at the rewind time thing, but 8 player co-op?  Yes please!